Here, we will talk about undoing commands to change to course of history......

The Command Pattern, as described in one of the earlier blogs, has a wide variety of applications, one of which is the most famous text-editing command - Undo.
Usually, to implement Undo mechanisms, the Memento Pattern is used but here's the thing -

To know more about the fundamentals about the Memento and the Command Pattern, be sure to check out these blogs by me on the same !

At its core, the command pattern consists of 4 interacting bodies

The source code for all prominent design patterns has been properly implemented and documented in this GitHub repostitory by me.‌‌

Here, in this article, we will be building a simple application that implements the Undo Mechanism the way most modern applications like Google Suite, Adobe Creative Cloud and many more services use, using the Command Pattern method.
You will understand how this abstraction not only makes code more scalable, but also more optimized in terms of space and time 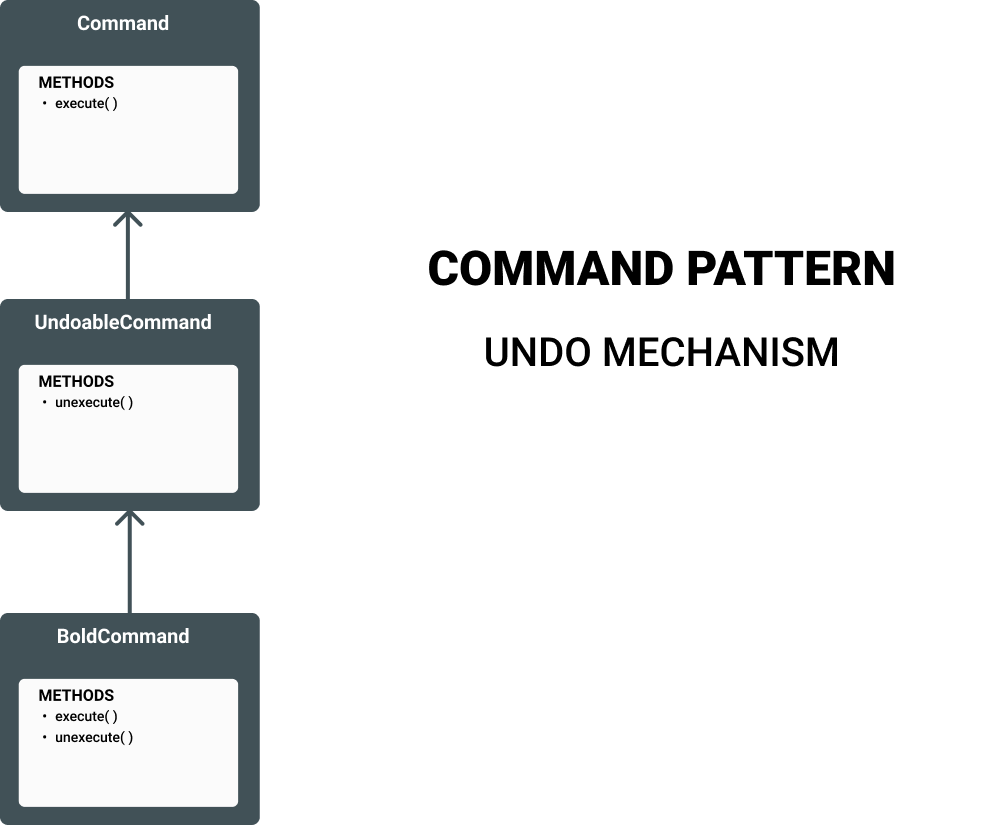 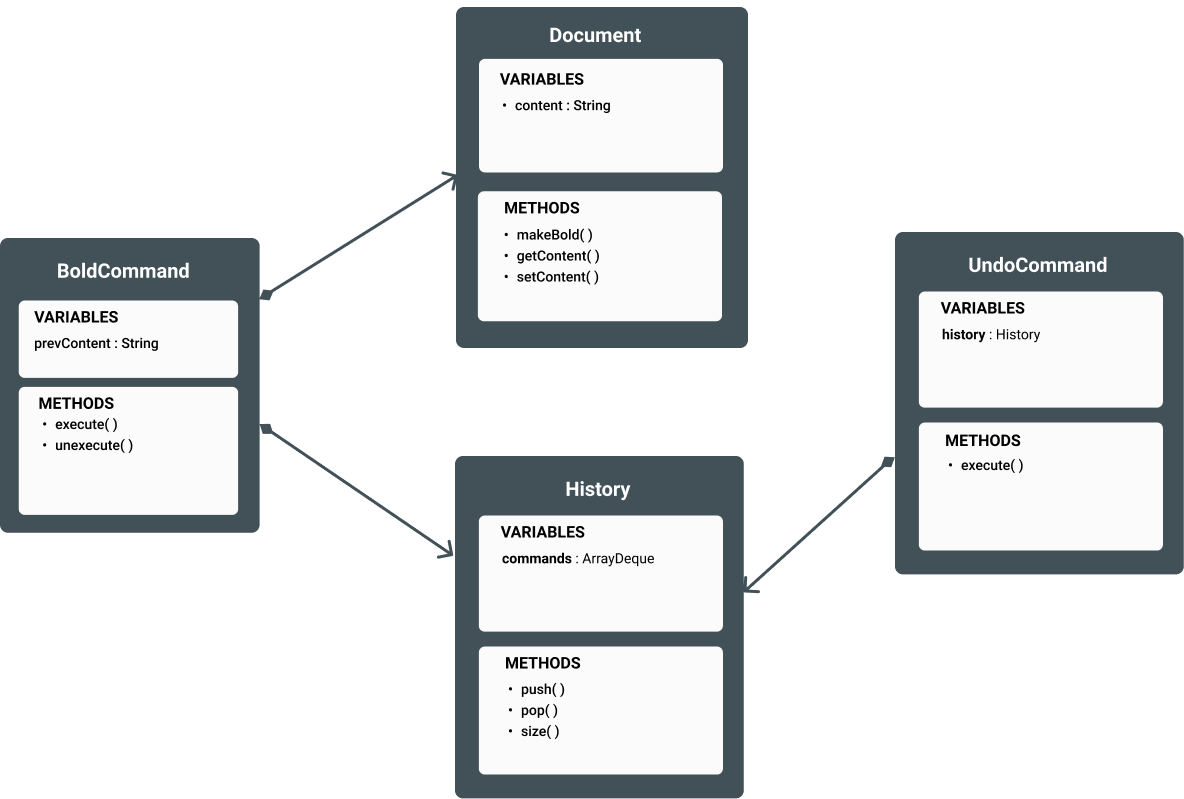 This is just a child interface of the Command class that simply extends the functionality of the prototype any classes extending this class (i.e. classes having undo feature on them) must have.

Tracking the history of commands

A simple class that is just tracking the history of the current Command object, with respect to which commands were run on it, so we can undo commands easily.

A child class of the Command interface.

A simple class that gives out an object that developers using this pattern use to execute some receiver function.

Using this pattern in our application

Import all the necessary classes and modules into main.java for a final showdown of our application ! Here, I'll be show the adding the  !

Congrats on unlocked the secret of how most modern apps reverse your actions. You should feel pretty comfortable now developing the your own simple apps like text editors, with undo functionalities in a that contain the right balance of abstraction and control. Until next time...‌

I shall also be writing some content on using the Command Pattern to implement Composite Commands and Undo, Redo functions so do check them out !!‌

Get the latest posts delivered right to your inbox

Understanding the roots of state management with the Observer Pattern

Stay up to date! Get all the latest & greatest posts delivered straight to your inbox